Spotlight on a Literary Citizen: A Chat with Bill Berry, Jr.

Grab a cup of coffee or tea and sit with us as we chat with Bill.... 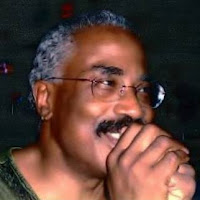 Words on the Verge: You have put your heart and soul into aaduna.  Tell uswhy you founded the journal and about the goal/vision of aaduna.

Bill: My foray into online publishing was with a journal that initially was to be the online component of a printed journal.  As things often happen with divergent viewpoints, the printed journal eventually decided to forgo an online version.  With my encouragement and backing, the lead on the online initiative decided to continue with the venture.  I then structured, organized and established the corporate platform for the journal; identified the journal’s name; developed the mission statement, submission protocols, and served as a founding co-editor.  As this racially specific entity started to purposely drift from its original intent of providing access for new and emerging writers, my spirit for the project waned and I subsequently left the operation.

As I reflected on that experience, my professional background, and prior work and collaboration with creative people in all areas of the Arts, I concluded that if I wanted a journal to represent a certain “proscriptive” vision and challenge the status quo, I should start one.

Repeating the same structural format that I had previously accomplished, I added the strategic task of applying for IRS tax exempt status, and captured that designation prior to the first issue in February 2011.

The goal and vision of aaduna remains simple in its complexity as we enter our sixth year of publishing.  aaduna provides a publication platform for creative people who have been traditionally denied access to such opportunities, especially people of color; embraces established folks who are interested in venturing towards new avenues of expression or who find our Mission and philosophies consistent with their own; supports the overall development of writers and visual artists by providing access to audiences, retreat opportunities, readings and exhibitions, as well as other avenues to publication and experiences that provide appropriate compensation. Furthermore, aaduna seeks to build a supportive relationship with people at the submissions stage based on mutual respect, transparency and communication, and expand strategies to identify and publish a diverse, multicultural array of creative people from around the globe.  At aaduna, we see these objectives as interlocking pathways.

From my perspective, words and images empower each other so aaduna was developed to be a literary and visual arts journal.  Maybe we were a tad over ambitious by establishing three galleries instead of one but the world is huge!  With that approach, we can “mine” other creative interests of contributors, several who are writers and artists.  aaduna is uniquely positioned to provide the platform for those folks to share their complementary and other creative interests with our worldwide readership.

Words on the Verge: You have been a mentor to me (host Christine Green) and to several other up and coming writers. We'll forever be grateful! Instead of helping us you simply could have passed over our submissions and accepted the work of a more established writers. Why is it important to you help the new writers?

Bill: I now have to go back to when I was a graduate student and doing an internship at The Elma Lewis School of Fine Arts/National Center of Afro-American Artists in Roxbury, Boston where I also lived.  Ms. Lewis who became a MacArthur Fellow, taught her students at the school to be total artists.  You did not just study dance or writing or theater.  Each student took classes in all performing and visual art disciplines because Ms. Lewis knew that to be competitive, get a foot in the door and gain work, Black students needed to be versed in everything.  The school also had a spirit of nurturing and cooperative assistance.  Established artists/instructors, regardless of discipline, encouraged and reached out to beginning students or advanced students looking for a break.  There was a communal spirit.

During this same time period, I was part of a small cadre of musicians and poets who started the Boston branch of Collective Black Artists, a national organization founded by jazz pianist Dr. Billy Taylor.  In addition to developing artists, CBA sought to teach the business side of the arts, those business structures that mist artists did not know and because of that ignorance, were routinely taken advantage of via contracts, performance payments, royalties, etc.

Interestingly, those experiences shaped my career in higher education because regardless of what campus I was on, I found avenues to bring artists to campus and pay them…theater troupes, poets, writers, musicians, visual artists, dancers etc.  My “dna” compelled me to always represent the best interests of creative folks, and be fair in how they were treated from adequate performance space to compensation.  So, here is my final lesson.

During my first professional job after grad school, I arranged for a noted jazz vocalist to perform with her trio at a community-wide health fair with major hospitals and mobile diagnostic treatment vehicles, and a host of volunteer doctors, nurses etc.  Noted for her aloofness and demanding attitude, she arrived on time with her trio.  They started to rehearse.  I was then told they would not perform.  When I approached her, she told me in a curt manner that if I respected her art I would have had the piano tuned!  That thought never entered my consciousness but it taught be a valuable lesson especially since she stayed at the fair until it concluded; signed autographs, and engaged playfully with the children and took the time to thank the volunteers.
So, flash forward; move past my thirty plus years of nurturing and working with a diverse array of creative folk in higher education, and aaduna is born.

From the onset and continuing to the present day, the journal has the specific intent to develop and grow an environment for creative people that is built on respect and a spirit of being diligent regarding their needs.  I know what it is like for writers, poets and artists to face obstacles that are artificial, often demeaning, and unnecessary obstructions just because of race, culture or other societal dislikes.

So, what do all of these remembrances have to with aaduna?

It is my mission via what has become a widely-read global journal to maintain access to opportunities where there are few and often no “hidden” barriers especially for diverse and multicultural people; to provide pathways for artists to move their career in whatever direction they want, and to create, whenever possibly, avenues to reach an audience where there is financial support for the creative person.

Quietly, my hope is that those aaduna contributors that we have nurtured will pay it forward, and folks have done just that…Words on the Verge, publication companies, editor and college teaching  appointments, and singular honors that provide writing retreats, performance honoraria, and world-wide travel for lectures and exhibitions.

Words on the Verge:  What's your favorite book?

Bill: I am not sure I have a favorite book probably because I read all the time.  In fact, decades ago, my younger brother told me that I even read matchbook covers (you remember those things?  By the way, he made a true observation of my habit.)  I still try to read a book a month and often will read two novels simultaneously.

Right now, I read a lot of fiction by NYT best-selling authors to better understand the craft and intent of fiction and how stories are edited especially since that is a genre of aaduna.  In the fiction realm, I lean toward an author’ first book because often times, those books are gems to read.  [the emerging writer thing with aaduna!]   I remember having my youngest daughter read Junot Diaz’s first book and she was in the early years of high school.  She marveled at the way he constructed his story and interspersed another language seamlessly throughout the story.  I also have a penchant for the wide variety of fiction by people of color, probably with a bent towards female writers.  Again, this effort is driven by the need to better understand the dynamics associated with submissions from around the world.  Besides publishing the journal, I also serve as one of the fiction editors.)

Prior to aaduna, I primarily read non-fiction.   I was a big fan of books that told the behind the scene shenanigans of major corporations especially take-overs and corporate raiders.  Historical books also fascinated me.  To this day, I continue to read excerpts from Hans J. Massaquoi’s 1999 book, Destined To Witness: Growing Up Black in Nazi Germany, as well as the James McBride’sThe Color of Water for inspiration and stimulation to better focus on what is really important.
I remain grounded in the writings of Black folk especially writers from the turbulent and culture defining Sixties.  Here were writers and poets who dared to re-define what “black” was all about and was bold enough to challenge the status quo. Davis, Cleaver, the Jacksons, Seale, Baraka (Leroi Jones) and others offered a re-awakening combined with fiction writers who made black characters central to plot lines and thematic approaches.

During this period, I delved into the writers and poets of the Harlem Renaissance and was able to see the continuity between Black writers over time.  I also developed my ongoing love of poetry at this time because Nikki Giovanni, Alice Walker, Don L. Lee (Haki R. Madhubuti,) The Last Poets and others pushed open doors; broke barriers, and taught me that the pre-established constructs of poetic style could be broken and bent and re-configured to express the sentiments of Black folks.  At the same time and moving on, I could not get enough of Toni Morrison, Grace Edward-Yearwood, Stephen L. Carter, E. Lynn Harris, Julie Dash…the list goes on and on.  And I am forever grateful for discovering and reading all that was available of Anais Nin whose scope of understanding the full range of human existence is best expressed in her diaries though she is most noted for other interests.

Maybe I am like the Dustin Hoffman character in the 2007 film, “Mr. Magorium’s Wonder Emporium”…I marvel and surround myself with the magic unexpected delight expressed in the written word and visual images that transport me other places in time and enables me to better define my own imagery. 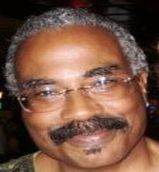 Julian Foster, author of Before I Wake, (aka Tearz) had this to say about working with Bill:

I was introduced to Bill Berry by Christine Green after participating in her monthly literary reading event in  entitled “Words on the Verge”. Bill Berry and Aaduna magazine featured my poetry in their online magazine which greatly assisted me in gaining exposure for my writing. I was also invited to perform spoken word at their “In the spirit of Harlem Renaissance” at the Theater Mack in . Bill Berry and Aaduna magazine are committed to supporting new talent and providing a platform where artists of various genres can display and hone their talents in a healthy, encouraging environment. My experience with Bill Berry and the Aaduna magazine has also led to my nomination for the 2016 PushCart prize for poetry. I have a tremendous amount of respect for Bill Berry and greatly appreciate being invited to showcase my work in what quickly becomes a family like atmosphere. I further appreciate the continued love and support I receive for my writing pursuits by Lisa Brennan (Visual Arts Editor & Manager of Administration and Marketing for Aaduna Magazine) as well as Bill in the year that has followed my being featured in their outstanding publication. Keep up the great work Bill Berry and Aaduna Magazine and I hope to work with you more in the near future! 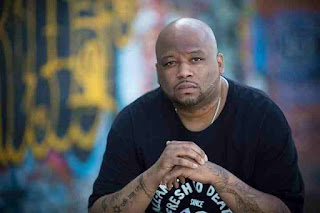 Learn more about our founder & host